Truth Is…..essential for building trust. This is true whether you are dealing with people or with a Cuckoo clock. Let me tell you about my cuckoo clock.

While visiting Europe about ten years ago my wife and I decided to buy a cuckoo clock from the Black Forest area. We were enjoying the beautiful scenery along the Rhine river when we came upon this charming German village. After looking at many styles and price ranges of clocks, we decided on our clock, had it wrapped for carrying with us on the plane back to the States and finished the memorable trip. Back home my granddaughter and I looked for the right place in our den and hung it where it has remained until this day. Every time I look at the clock or pull the chains to rewind it I am reminded of what has become a “once-in-a-lifetime” adventure for me.

The clock is truly beautiful but I have noticed it has a major flaw I didn’t know about when we splurged to buy it. The cuckoo bird has a bad habit of  lying. It tells twenty-four lies every day. I used to be able to listen to it “cuckoo, cuckoo” and know what time it was. But I don’t trust it any more. If it is one o’clock it cuckoos five times. If I want to know the truth from the Cuckoo clock, I look at the clock instead of listening to its lies.

This simple story has a powerful message about how important telling the truth really is. There is a way to stop the bird from lying and I will eventually get around to that. But just think about the important role truth plays in our family ,friendships,  our government, our churches and schools, and in international relations. Where would we be in all those relationships if we really attempted to live by the truth. Truth is essential to building trust. Holding our self accountable for saying and doing the truth is a vital aspect of a trustworthy character https://www.cosdavis.com/truth-and-trust .

Truth is….what God says it is. “What is truth?” This was the skeptical question Pontius Pilate raised when Jesus claimed his earthly mission was all about truth. “For this I have been born, and for this I have come into the world, to bear witness of the truth.” John 14:37. Truth didn’t matter to Pilate. Although he believed Jesus to be innocent of the charges against him, he chose the politically expedient path. Later that morning, Jesus was crucified.

The truth was a threat to those who wanted to silence Jesus. They were drunk on power and Jesus’ life and teaching were exposing the shabby lies of their pretentious religion. These religious leaders would fabricate any lie, go to any length to get him out of the way. The crucifixion appeared to settle the issue. They had won. Or, so they thought. There was just one big problem. You can’t kill the truth.

Jesus has said, “I am the way, the truth and the life.” John 14:6. Our Christian faith rests on the truth, the reality that God raised Jesus from the dead. There is such a thing as absolute truth. So what is truth? Truth is something that reflects reality. Reality is the way things really are. When someone tells you the truth they are giving you facts or information that match the way things really are. People who are honest can make mistakes with the facts but their intention is to always give you their best effort to tell it like it is. Truth tellers have no “spin,” and no agenda other than to tell the truth.

Truth is…. common sense and truth seem to be in short supply in our country today. Both political parties have their agendas and their “spin” on reality. Would someone just tell us the truth? Sometimes it seems we are left to choose a candidate on the basis of who gets the least “Pinocchios.” 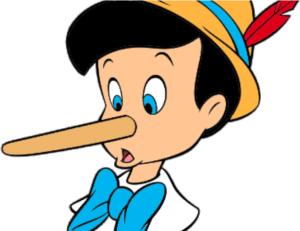 This is tragic for many reasons. Lies are no way to run a country or build your personal life. Lies lead to terrible decisions because they aren’t based on reality. Rather than tell the truth, liars generally tell other lies rather than face the mistake they have made. According to Jesus, Satan is the father of lies, and those who practice lies are children of the devil. John 8:44. If leaders lie to us, who are they working for?

Truth is…..critical to maintaining our freedom. I believe it was Thomas Jefferson who said something to the effect that our ability to remain a free people depends on our news organizations giving us accurate information.. Any wonder why our country is in such a mess? Now, I’m not so foolish to think that everybody wants the truth because truth doesn’t serve their purposes to have control and power over the rest of us. What does all this have to do with Critical Race Theory, the southern border, covid, masks, Afghanistan, and a number of other issues? I don’t know for sure but  I think a lot of what we are told doesn’t match reality. And like in any other relationship, I tend to become skeptical and lose trust when people don’t take responsibility for their actions and do not do their best to give me the truth.  It’s like my relationship with my cuckoo clock. For a while, I could trust that when the bird cuckooed five times it was five o’clock. But, the clock got messed up and I know that the bird is lying to me because I can see it’s really one o’clock when it is telling me it is five. The bird needs an adjustment to reality. And so does our country and perhaps some of us do also.

I don’t have all the answers to our nation’s woes but I do believe the ultimate solution comes down to our individual choice to seek and follow the truth. Truth has the power to change your life, but you must do something for that to happen. Lies also have the power to change our lives and we must resist falling into the trap of the devil because what we are hearing sounds good and makes us comfortable. Truth is often uncomfortable and puts us at odds with those who tell lies to promote their agenda and secure their power over us. Remember, people who will purposely lie to you are trying to control your thinking and your actions.

Truth is….. choosing to live by the truth will set you free. At the close of the Sermon on the Mount Jesus tells us what happens when we are wise enough to believe his teachings and act on them. He also warns us of the disaster awaiting those who do not choose to live by the truth.

I found something you will really appreciate if you want to understand more about the benefit of becoming a truthful person. http://goop.com/wellness/mindfulness/the-truth

2 thoughts on “Truth Is”