Drift. “To float or be driven along by a current of water or air” is one way Merriam-Webster defines the word drift. When I try to visualize that word in action I think of myself sitting in a small boat in a stream, paddles pulled inside, allowing the movement of the water to take me where it wills. Another vision I have is that relaxing in a quiet place, mesmerized by the puffy white clouds floating along on the canvas of a beautiful blue sky.

These are relaxing and refreshing kinds of experiences, and we all need to be able to “drift” from time to time. We need a break from the ordinary routines of work and the constant demands of life. I personally think that is one of the main values of a Sabbath, to allow space to breathe deeply, to think, meditate, and pray about what really matters in life. I personally recommend that we purposely create that space for “drifting” on a daily basis. For many years I have enjoyed and benefitted from a morning “quiet time” to read, think, and pray. This is a planned and purposeful kind of “drifting” I find very helpful.

This is July 6th. Monday was the two hundred and forty-sixth anniversary of the signing of the Declaration of Independence, the document that declared the colonies’ independence from the mother country. At great risk and personal sacrifice, the colonists fought for almost eight years to become free from the oppression of the British monarchy.

Nowadays we are able to enjoy many of the freedoms and benefits for which our forefathers fought so bravely. Perhaps you were able to relax some yesterday, to kick back and drift a little. I think Washington, Franklin, Jefferson, the Adamses, Madison, Monroe, Paine, and many who sacrificed for our freedoms would be grateful to know we are able to benefit from what they fought for. I also think they would be greatly concerned that we not take what they gave us for granted, to allow our country to drift away from the moorings, the foundations of this great nation.

The founding fathers who declared independence from England in 1776 realized they were putting their lives and all their possessions at risk.  At the close of that long war, many widows were left to raise their fatherless children. Our country was founded on the sacrifice and blood of thousands of men whose names we will never know.

For three months in sweltering Philadelphia heat fifty-five men met to produce the constitution of the United States of America, the outline of how our country would function under separate branches of government. At the insistence of the colonies, a Bill of Rights (amendments 1-10) was added before approval. Those amendments include such things as freedom of speech and religion, the right to bear arms, and freedom from unlawful search and seizure of property, etc.

Ben Franklin, at 81, was by far the oldest delegate at the constitutional convention. Once the lengthy debates for approval in the state conventions were over and the thirteen colonies became the United States of America, Franklin is recorded saying something to the effect, “Now we have a republic, let’s see if we can keep it.” Franklin was a very wise man, knowing a great deal about human nature and the threat our form of government would be to the power-hungry within and outside our borders. There is a great price to pay for the freedoms we enjoy.

While we celebrate Independence Day on July 4, we should never presume our hard-earned freedoms are secured because we raise the flag, shoot fireworks, and celebrate with family gatherings on this one day. We must remain vigilant and not allow ourselves to drift or become lazy about defending and standing up for those principles that make this a great country. President Ronald warned us about careless drifting,

Recently the Supreme Court overturned Roe v. Wade and returned the issue of abortion to the people of each state through the state’s legislative process. Abortion has not been outlawed. Now state politicians will decide how abortion will be handled in their state. While I am happy with the court’s decision, I am concerned that those of us who are pro-life may “drift” into the false notion that the issue is settled. No, we need to keep praying and supporting those organizations that value the life of the unborn and seek to help moms who need various kinds of assistance to bring the child safely into the world.

To me, the bottom line issue is that our country has been dangerously drifting away from biblical teaching and those principles that have made us a great nation. How has this “drifting” away from God happened? Some point their finger at the public education system, others blame the government’s brainwashing and takeover of the what used to be considered the responsibilities of family, church, and community.

Here’s what I think is part of the problem, perhaps the heart of the issue. It comes down to individual responsibility to whether or not you and I are committed to practice what we preach, to live out the teachings of Jesus in our lives. Have we allowed ourselves to become so comfortable and distracted by our prosperity that we have forgotten why we are here? Here’s an article I saw recently that speaks to the issue of drifting away from Jesus http://beautifulchristianlife.com/blog/the-danger-of-drifting-away-from-jesus/ 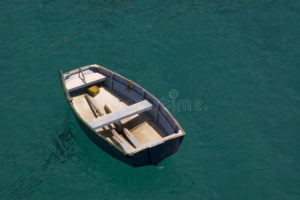 This picture is of a boat adrift without someone to guide it. If this boat represents your life, who need to get in the boat to guide it? If you could invite someone to help you get it going in the right direction, who would that be?

It’s easy to drift, isn’t it ? We can’t have good marriages if we just allow ourselves to drift, to make little or not effort to grow. Parenting doesn’t go very well if we aren’t proactive in our child’s life. What is important to you that goes well without effort? How’s your health? Are you nurturing your friendships? Drifting can be relaxing and fun at times, but it doesn’t work out very well as a lifestyle.

If you want some encouragement and help to learn how to life proactively in this time and place God has provided for you, check out my book Heaven’s Currency. It will help you get your reason for living in focus and provide practical ideas for living out God’s will in your life. 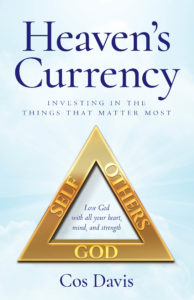 You can buy it now at http://www.cosdavis.com/product/heavens-currency-investing-in-the-things-that-matter-most/

2 thoughts on “The Danger of the Drift”